Who's A Good Dog?

Its been a miraculous process, starting back in August when we went to Molalla and met Benedict and Suzanne at their farm.  October brought the 12 puppies – only 2 months to produce a litter!  My friend Helen says that next time she wants to pay for an ultrasound, so that we know how many are actually coming.  It takes hours for the entire whelping.

These puppies are going home beginning this weekend, again with just 2 months of growth under their belts.  So, we wanted to share “the litter” one more time.  People ask me how I tell them apart, so I’m going to give you my legend.

The caveat is that puppies move really fast, so the pictures are adequate, but I’m not going into doing puppy portraits.

This pup was the first born and on the small side, so we named him Dinky initially, but he has caught up and now weighs in with everyone else.  We recognize him by the dot next to his nose, and his gentle curve on one side and angle on the other side of his muzzle. 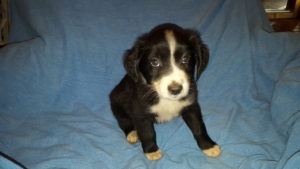 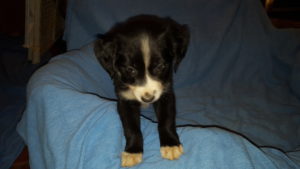 Tucker was 2nd born and often the first one up and the last one to go down (does he sleep?).   We know its him because he has full white boots (they are a little dirty at this point), his white shirt up front, and the large flame on his forehead.  His tail has the most paint on it. 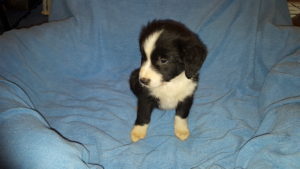 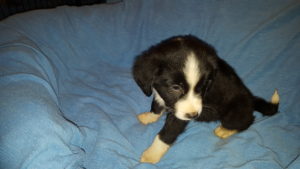 Betsy has brown boots on all fours.  We also recognize her by her white mask being only on the one side.  She has often been seen sleeping at one end of the enclosure while everyone else is piled up in the crate. 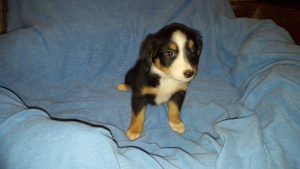 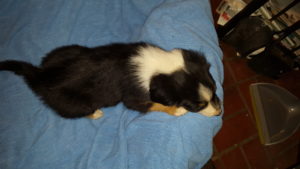 Bobbie was tricky to identify for the longest time as he has some similar characteristics as Coyote.  His front leg has a white sock and that was always the final telling.  His back marking crescents to the right, much like Coyote.  The two of them always had us pondering, until we checked the paws. 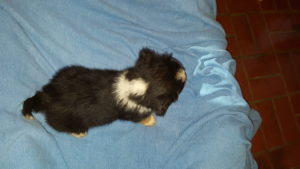 Coyote has brown paws, so that was a key. His back marking goes off to the right, much like Bobbie.  The back of his head looked like a coyote and then the tail went around the neck to the right. 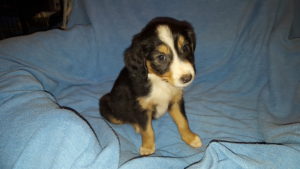 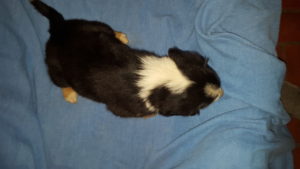 Dottie Beth is Going Home to Sointula, BC, Canada

our one international traveler!

Dottie B has the most distinctively delicate face in the litter, so she was always easy to identify.  Her chest marking is also unique. 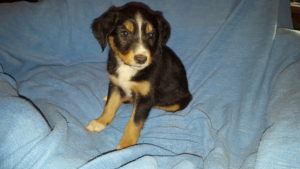 Skye has her white mask on only one side, like Betsy, but on the opposite side.  And that is also where we find a little blue eye.  Some of the children playing with the pups saw the unique blue color early on. 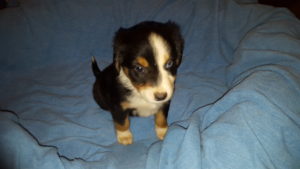 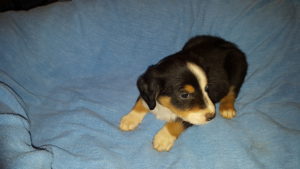 Tracker has been an easy pup to identify.  His forehead is like the  distinctive notch in a rear arrow.  On his back neck is a fascinating marking that looks like a winding path.  He has ended up being one of the lightest in the litter. 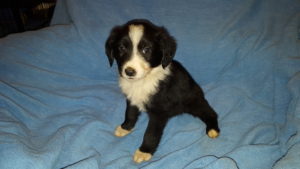 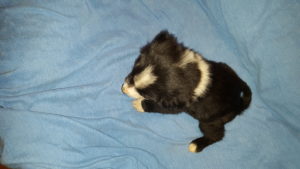 Tommy has been an easy pup to identify too.  His forehead has the finest feather, like he earned a special headdress.   He has ended up being the largest in the litter. 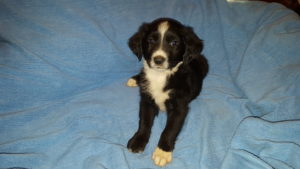 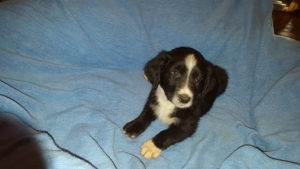 Chase has been noticed a lot since he was little, as he has some little dots on the end of his nose. He was nicknamed polka as well as dos domino until he was homed. When they are running around it isn’t the first thing one notices though, so he has also been a little harder to spot.  I guess that was a pun. 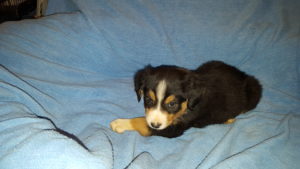 Captain has been an easy pup to identify.  His forehead is solid without the white, making a great contrast to his muzzle. 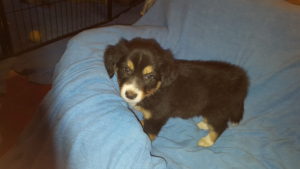 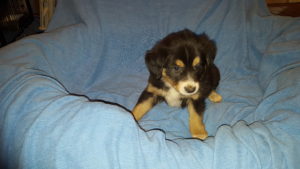 Tennille has a clear set of markings but sometimes has gotten mixed up with Tucker – the most obvious difference is her little socks.  She is matched with Betsy for being the largest female in the litter, but we don’t expect to see a large dog. Her forehead and back markings are very full of art. 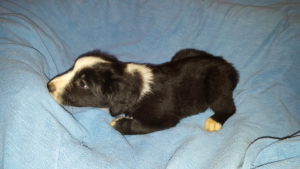 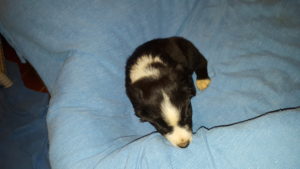